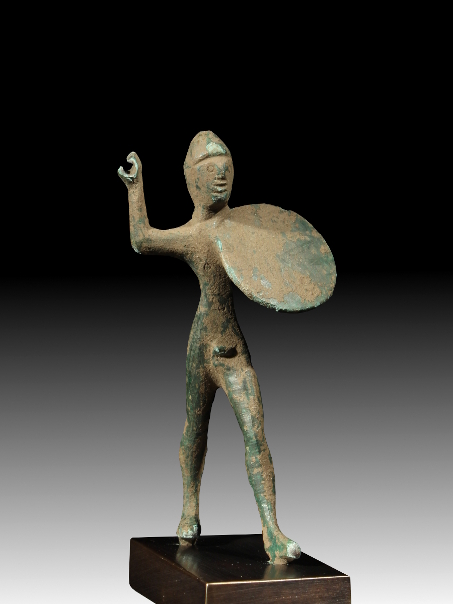 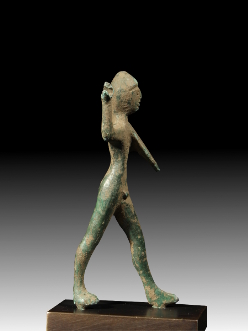 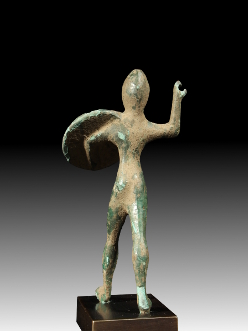 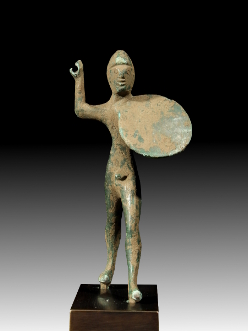 Description:
This is a published statuette, a rather rare type carrying a shield. It comes from the central Italian region of Umbria. The Umbri people settled the region as early as about 1000 B.C., well before the Etruscans, who later settled in the western part of Umbria and soon became the enemies of the Umbri, invading their territory.

The statuette depicts a slender youth, striding forwards. He is nude except for a conical helmet. His perforated right hand is raised and originally held a spear. With his left hand he holds a round shield that covers his entire arm and left shoulder. The facial features were carefully rendered. There is a tang below each foot.

Dating:
Second half of the 5th century B.C.

Condition:
Intact; feet slightly worn, spear in right hand now missing; minor losses to the outer layer in small spots, especially on the back, one of the feet and on the rim of the back side of the shield, as shown.