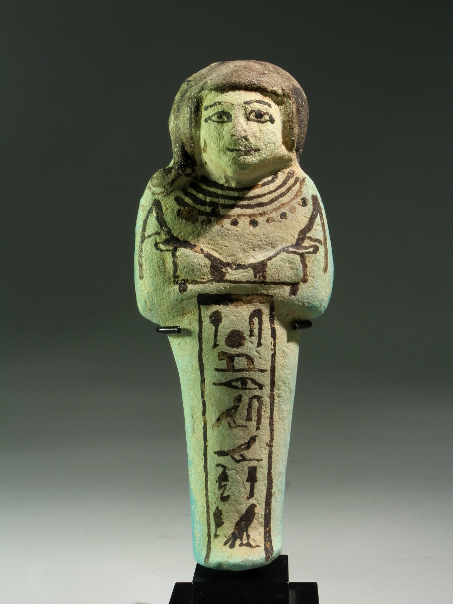 Description:
A shabti made of Egyptian faience with details painted, for Hori. He is shown mummiform with only his hands and head protruding, wearing a short wig with sidelock, identifying him as sem priest, a title that was usually worn by the high priest of Ptah. The figure holds the usual agricultural implements in his hands and carries a seed bag on his back. He also wears a broad collar, consisting of several layers or strings. The text on the shabti informs us about the titles and name of the owner: The illuminated one, the Osiris, the sem priest, the greatest of the directors of the craftsmen, Hori.