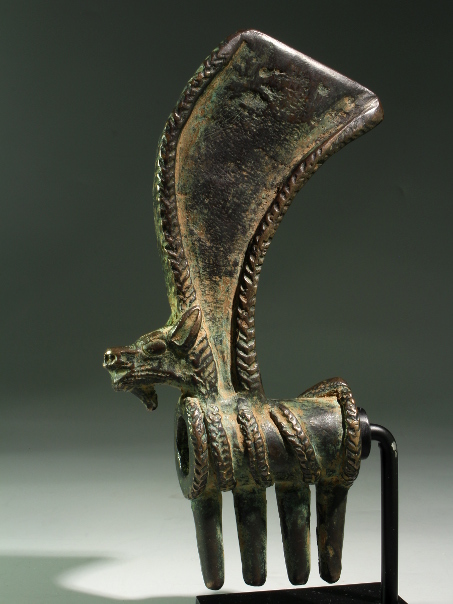 Description:
A cast bronze axe head decorated with the body of an ibex. The axe head is curved, widening at the blade, its borders formed of raised rims with incised motifs designed to make them look like the animal's massive curved horns. The socket is the body, and the four spikes projecting from the butt suggest the legs of the animal. The head rises from the top of the blade just beyond the socket. The head is handsome and detailed with large eyes and ears, an open mouth, and a goatee. This blade was made not to be functional, but instead as a sign of status - perhaps only to be placed in the grave.