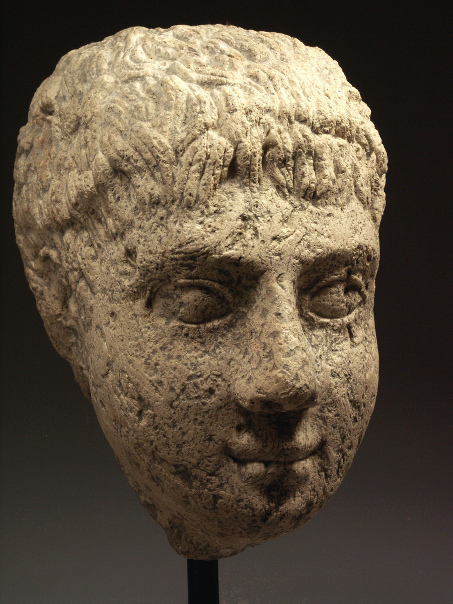 Description:
Previously thought by experts to be Roman Egyptian, it has now been established that this is in fact an Etruscan head, dating to approximately the 3rd to 1st century B.C., the hair of which was partly reworked somewhat later, approximately around the reign of Augustus (63 B.C. – 14 C.E.) to adapt it to the fashion of the time.

Depicted is a young man with wide, almond shaped eyes and with a smile on his lips. His thick, short hair on his forehead and on top of his head is indicated in an elaborate way. The statue is made of cream coloured limestone with strong deposits.

Condition:
Intact with some wear and some pitting, due to the quality of the stone; some minor damage to one of the eyes and to the ears, as visible on the photographs; the tip of the nose has been restored in a professional way. Attached to a display stand.