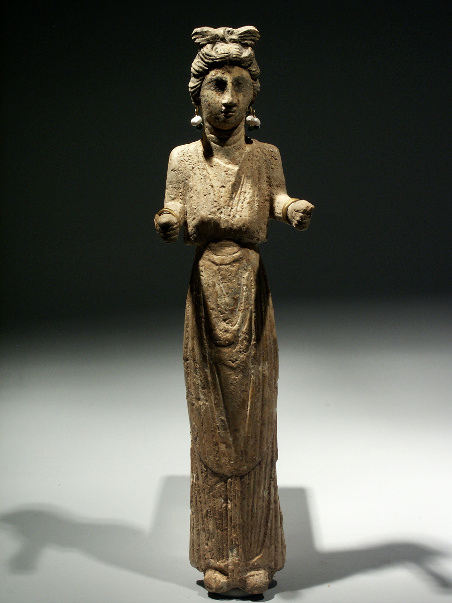 Description:
This is a very rare and stunning bone statuette of a woman, shown standing with her arms held out before her. She has a rather broad nose an a small mouth with thick lips. She is wearing a long garment which shows several layers. Her hair is drawn back at the sides and has a double knot on top of her head as well as a chignon at the nape of her neck. She is wearing gold jewellery, consisting of earrings made of gold wire, pearls and small turquoise coloured tubes, as well as rather spectacular gold bracelets in the shape of snakes, twisted around her lower arms. Dark colouring was used for her eyes, her brows and her hair.

Condition:
Intact with some surface wear and encrustation.