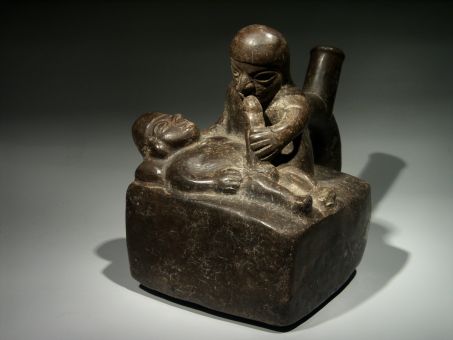 There has been some debate among scholars whether this vessel is Moche (in which case it would be early Moche, phase I-II, circa 1st-3rd century C.E.) or early Chimu (same valley in Peru, but later, from circa 900 C.E.).

Provenance:
Dutch private collection; with Arte Primitivo, New York, ca. 1998; before that U.S. private collection, prior to 1970. A label at the underside of the vessel refers to a sale #46047, in which this vessel was lot #27, but we have not been able to identify which sale this was.